This is the reason why in recent years, residential developers have sought to expand outside the metropolis. By developing suburban zones in a cleaner environment where livable space abounds, development are widely spread out, paving the way for proper urban planning. Cities like Lipa in Batangas has become a nucleus of perfect living because of its close proximity to Metro Manila. Lipa City’s tranquil setting which also boast of a dynamic local culture, rich cuisine and scenic countryside, are just some of the many reasons why it is fast becoming an ideal living hub. To let you know more about what makes Lipa City a model location for your future residence, we list down some of the best reasons. 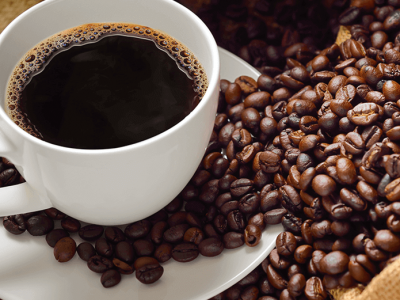 As the rate of development continues to increase in Metro Manila, the living standards of the city’s inhabitants are also affected. Traffic congestion, over-crowded suburbia and the improper blending of residential, industrial and commercial zones also adds to the over-all chaos of residing in Metropolitan Manila.

Most of these new residential areas are situated in an expanse area of Lipa. This makes it possible for homeowners to own a bigger than normal home complete with additional space for a garden and other living areas. It also has ample grounds for other recreational activities such as enjoying the park life, playing sports and group activities with the neighbors.

Compared to the small available space in Metro Manila, the City of Lipa offers the best value of life for the whole family.

Close Proximity to Economic Zones
Lipa City is very much accessible to the growing economic zones being set-up in the Calabarzon area and Metro Manila as well. Traffic-less highways such as the Southern Tagalog Arterial Road (STAR Tollway) connects Lipa City easily to South Luzon Expressway and Skyway, making going in and out of Lipa City more convenient and faster. This scenario provides more opportunities for future Lipa homeowners to find a job that fits their chosen careers in various economic zones in Batangas area, Laguna, Cavite and even in Metro Manila

Effective Social Sectors
Start-up families looking to relocate in Lipa City would be happy to learn that there is a very effective set of social sectors being placed within the area of Batangas. World-class hospitals complete with modern facilities are already built and more are still being planned. Premium education institutions from pre-school, elementary, secondary, technical schools and universities are also situated within the area of Lipa City. All the basic services, a growing family desires for are within reach and readily available in Lipa City.

Impressive Infrastructures
Infrastructure projects by the Government and the private sector are starting to concentrate in the provinces of Batangas, Laguna and Cavite. With careful consideration to proper urban planning, the mistakes committed in the development of Metro Manila won’t be repeated in these provinces, as each zones are being closely monitored and planned to avoid congestion and traffic. The infrastructures being constructed are the ones that would ease up travel and commuting to and from major cities such as Lipa City.

Developing Commercial Centers
Malls, restaurants, bed and breakfast, hotels, theme parks and other commercial centers are seeing a peak in development in the province of Batangas. Without sacrificing urban planning, these commercial centers are properly placed within major suburban areas without causing overcrowding and traffic. This allow families living in Lipa City to have additional recreational time without experiencing the hustles of traffic present in the commercial districts of Metro Manila.

Rich Local Culture and Cuisine
Probably the best reason to live in Lipa is to experience its rich culture and cuisine. Batangas as a province have a storied history and therefore dishes a stunning set of unique culture one wouldn’t find living in the bustling Metro Manila. Add to this, numerous local cuisines that should be a part of every family’s kitchen gastronomic list. From Batangas Lomi to Kape Barako, the list goes on and so are the reasons why one should consider Lipa City as a future home-based for your whole family.

This website uses cookies to improve your experience while you navigate through the website. Out of these, the cookies that are categorized as necessary are stored on your browser as they are essential for the working of basic functionalities of the website. We also use third-party cookies that help us analyze and understand how you use this website. These cookies will be stored in your browser only with your consent. You also have the option to opt-out of these cookies. But opting out of some of these cookies may affect your browsing experience.
Necessary Always Enabled
Necessary cookies are absolutely essential for the website to function properly. These cookies ensure basic functionalities and security features of the website, anonymously.
Functional
Functional cookies help to perform certain functionalities like sharing the content of the website on social media platforms, collect feedbacks, and other third-party features.
Performance
Performance cookies are used to understand and analyze the key performance indexes of the website which helps in delivering a better user experience for the visitors.
Analytics
Analytical cookies are used to understand how visitors interact with the website. These cookies help provide information on metrics the number of visitors, bounce rate, traffic source, etc.
Others
Other uncategorized cookies are those that are being analyzed and have not been classified into a category as yet.
SAVE & ACCEPT